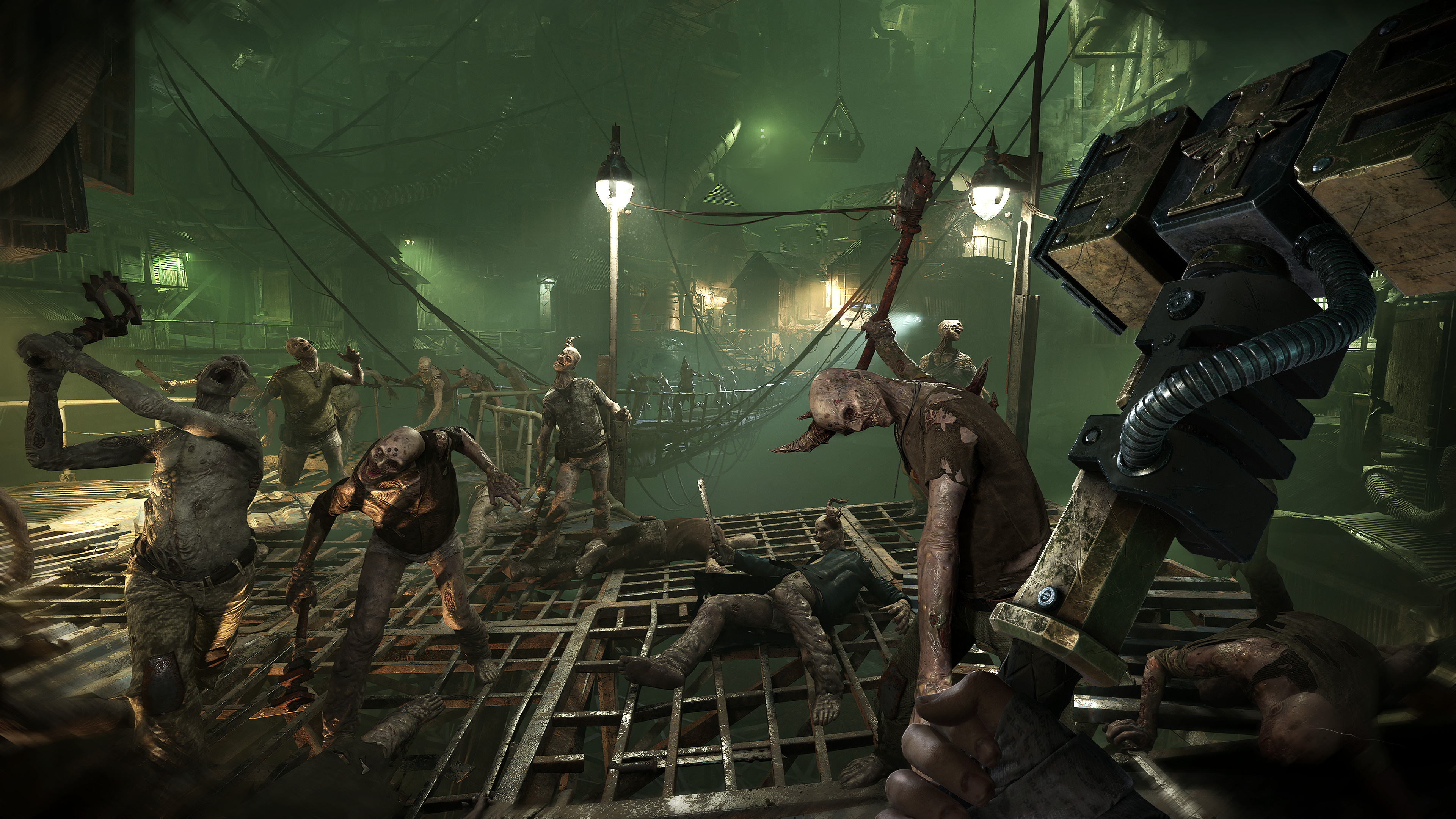 My favorite thing in Warhammer 40,000: Darktide is the skull.

OK, let me clarify before anyone gets worried—there’s definitely more than one skull in Darktide. This is still Warhammer—skulls for the skull throne, and so on. Some of your enemies wear skulls as jewelry. All of them have skulls of their own that you can smash, stab, or laser in comically gruesome ways. There’s one particular skull that I was instantly enamored with: the skull decoder, a grinning cranium with spiderlike legs used to interface with computers in Darktide. There will not be a better interaction prompt in videogames this year than “Press E to prepare Skull Decoder.”

“There’s no hacking in 40K,” says Fatshark head of design Victor Magnuson, who spent about two hours talking to me about Darktide while we played through a couple missions. Thankfully 40K does have skull decoding—or at least it does now. “Everything we do we check with Games Workshop,” Magnuson says. “They check every asset, every voice line, everything. It’s a back-and-forth. But especially since we’ve done Vermintide, they really trust us.”

There’s an attention to detail in Darktide that exudes confidence. After Vermintide and Vermintide 2, Fatshark had the essentials of making a co-op action game down pat, but stepping from Warhammer into the weirder universe of 40K, it feels like the developers knew they needed to make sure every inch of this game screamed space weird.

For example: every character class now has a regenerating shield, a necessary counter to the bad guys having guns. Functionally the shields are the same for each class, but Fatshark still gave each one its own little lore-appropriate twist. “For the Zealot [class], it’s her faith in the Emperor who protects her. For the Veteran, it’s his armor. For the Psyker, it’s her warp power.”

Darktide has a lavishness to it that Vermintide didn’t have the time or budget for. There’s the minigame you play to skulljack into computer terminals rather than just holding down a button. There’s the frankly enormous hordes of enemies that can now be on screen at once, exceeding the writhing rage piles you’d see in Vermintide 2 thanks to a major engine rework. There’s the secondary abilities on most weapons, like revving up a chainsword to saw through an enemy instead of merely slicing them open. Characters are handled dramatically differently: instead of playing a pre-written protagonist you create your own character, and there’s a third-person camera in the hub world so you can admire yourself (and your gear).

Most exciting to me is Fatshark’s approach to making levels more variable and replayable without resorting to procedural generation. There’s also more granularity to the challenge level, with two separate variables: one that affects how many enemies you face, and another how much damage they do and how aggressive they are.

“In general you can expect the same types of missions as in Vermintide,” Magnuson says. “Something we changed is how we build the missions. In Vermintide the mission and the level are tied together. Here we’ve separated them, which makes it possible for us to create a zone, and then put missions inside that zone. There will be multiple missions taking place in the same area, so you’ll be passing through areas you’ve gone through in another mission. I think that’s really cool, because it gives you a sense of place: ‘Wait, haven’t I been here before?'”

Darktide’s mission board immediately reminded me of Deep Rock Galactic, with a range of missions to choose from that throw you into matchmaking with other players, and show you new options each time you return. Fatshark has also changed how it adds secondary objectives, like the Grimoires and Tomes you could grab in Vermintide to earn better loot. Too often getting them felt mandatory, so those will now exist as optional objectives on some missions but not others.

The loot system in general is substantially different. You’ll still get some random gear as in Vermintide 2, but you can also buy weapons from an in-game shop (with earned currency—only cosmetic stuff will be available for real cash), or set a “contract” on a weapon you want and then earn it through a progression system. Then there’s a whole customization system with crafting materials, so you can take an upgrade—say, +5% crit rate—off one weapon and attach it to another.

I didn’t get to spend quality time with those systems, but I did play through a mission with a couple of Darktide’s classes. I had the most fun with the Ogryn, a giant literally twice the size of the other characters. “It was a nightmare for my team,” Magnuson says laughing. “But it’s been really cool. We wanted something different. We like that bit of quirkiness to our games. Early on we decided having an Ogryn would be the coolest thing we could do. It’s probably the dumbest thing we could do, but let’s do it anyway.”

The Ogryn can charge forward and send piles of enemies flying like rag dolls, making him an excellent tank. He carries a knife that looks puny in his hands, but I assume it’s approximately the size of a watermelon. The real treat with the Ogryn is his shotgun, which has a secondary fire mode that turns it into a semi-automatic shredding machine. Rushing hordes of dozens of mutants just explode into pulp. It’s glorious.

There’s still more melee combat in Darktide than I was expecting—Fatshark definitely didn’t jettison what it did so well in Vermintide. But the guns? The guns feel good. I only got to sample a few, but they all feel like they belong in a proper shooter, unlike the rudimentary secondary weapons in Vermintide. Magnuson referenced aiming for a Call of Duty-level of gunfeel, which is a high bar in terms of smoothness, but I think Darktide’s already spanking COD on weapon design. Give me a rifle that spits out lasers over bullets any day.

There were a few rough spots in my preview of Darktide—a couple crashes, some brain-dead teammate AI that is still on Fatshark’s to-do list—but it’s a game I would’ve happily played all day even in that state. I don’t know yet how well the changes to loot and leveling will play out here, but the action is everything I wanted from a 40K version of Vermintide. It’s a big, big galaxy, and it’s full of skulls that need popping.